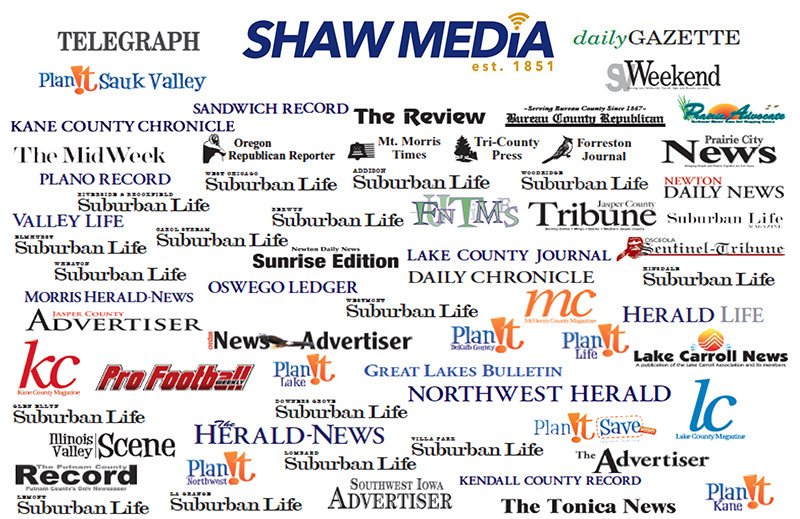 Here's what you won't see any longer on a Shaw Media news website: pop-ups, surveys, auto-play videos, takeovers and Taboola. Or, as Tom Shaw describes them, "all the kinds of things that our readers hate."

What you will see, once you've read three to five stories on a site, is a notice asking you to support local journalism by subscribing. The company has redesigned its news websites to be user-friendly, intending to make up in paid subscriptions was it loses in advertising.

Digital advertising has been disrupted, said Shaw, vice president and Illinois group publisher. Once on a site, Shaw Media had little control over when the pop-ups, surveys, etc., appeared at the top or in the middle of a news story.

"All of this is a) out of our control, b) clutter," Shaw said. "We sell pop-up ads that take over. I had clients and personal friends tell me they just couldn't read our sites anymore, it's too disruptive. We had takeover ads that would actually be going over other pop-up ads. It was just like, we're not treating our readers well at this point.

"Ads are valuable, but every time you tried to read an article you got three things interrupting you. No one wants that. And it's slowing down the site, which is so crucial on mobile. We realized that what we had to do was clean it up."

For an example of the new look, go to http://www.nwherald.com. Along with other changes, the redesign generated about $1 million in annualized digital subscription revenue.

The site is faster, with clean-looking categories of stories and ads that are fewer and placed in static positions. Shaw Media invested in a cleaner e-edition referred to as an online newspaper.

"We geared it toward our older readers who want the print experience but are maybe out on vacation or for whatever reason they're reading it on their device. We intentionally made it very clean. There are no ads around it, there are no pop-ups or anything," Shaw said.

Overall, he said, "We made a much better online newspaper solution. And then we sent a letter to all of our print subscribers asking them to pay for the digital access, just like they've been paying for print. Up until the last year, if you were a print subscriber you got digital access for free."

Recruiting new digital subscribers is more involved. Shaw notes that a publication can't send a letter to everyone, but it doesn't need to reach everyone. The company is using email lists collected from newsletters and contests and doing more of both. The digital push also tried to capitalize on the fallout from the 2016 presidential election and the proliferation of fake news. Shaw said readers have become more discerning about their sources of news and more willing to go behind a paywall to get it.

"We want to have enough revenue from our subscribers to completely cover all expenses with our editorial department. That's our future," he said.

Shaw Media has also added a digital reporter and a content marketing manager who work with all operations.

The reaction to the new websites has been "overwhelmingly, people thanking us," Shaw said.

"We're really focused now on the resources needed to produce and market a product that people are willing to pay for."