The path to profitability? Find it with confident leadership 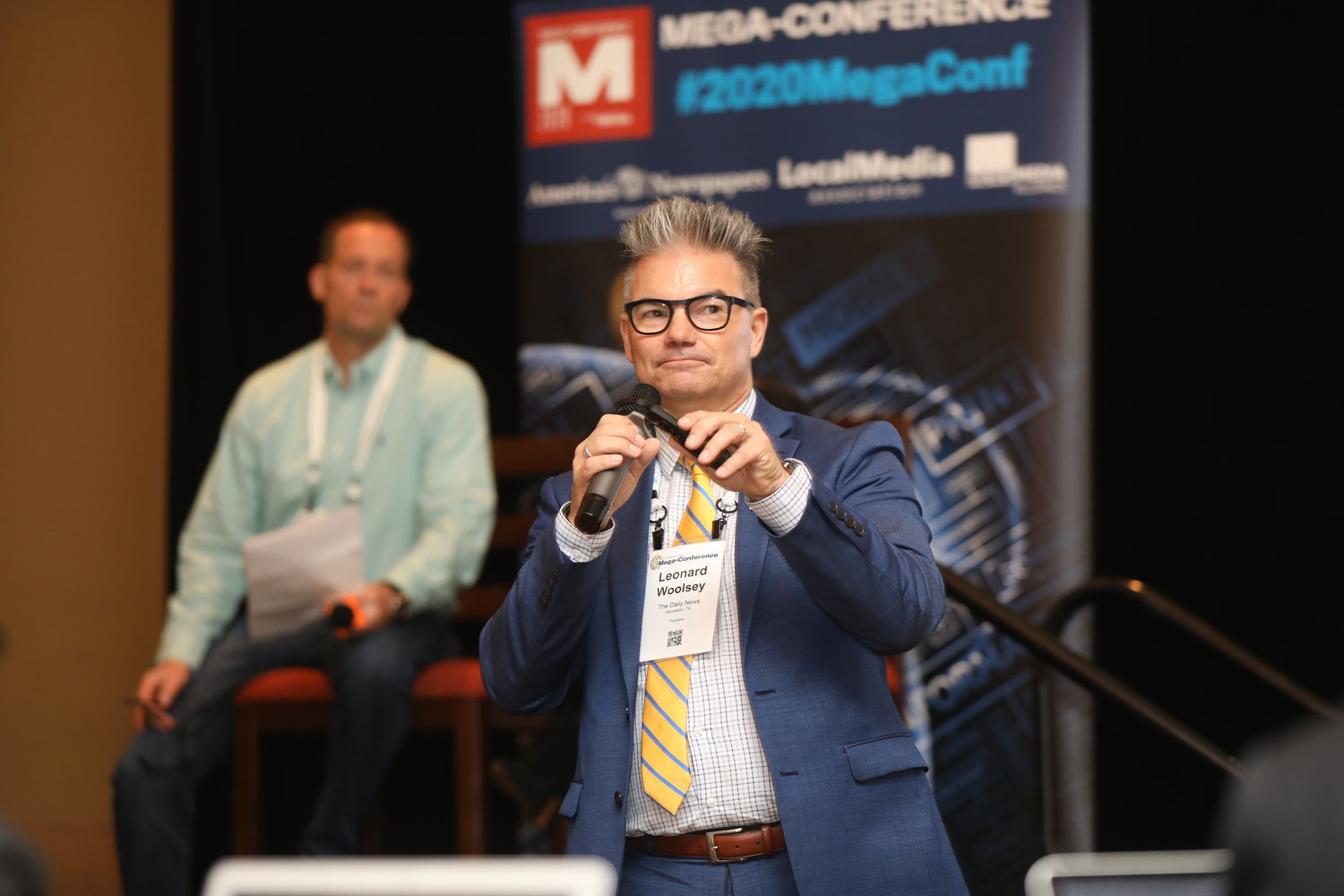 Leonard Woolsey, president of Southern Newspapers, on "Clear Paths to Profitability" at the 2020 Mega-Conference. This session was moderated by Pat Dorsey, publisher of the Austin American-Statesman and regional vice president of Gannett, and also included Judi Terzotis, president and publisher of The Times-Picayune | Advocate. (Photo by Bob Booth)
Posted Tuesday, February 25, 2020 1:43 pm
By Mark Fitzgerald, America's Newspapers

At the Key Executives Mega-Conference, the success stories — as varied in their details as the sizes of the newspapers attracted to the Fort Worth gathering — all had the same moral: It’s about culture and leadership.

Leadership that applies to the entire company, emphasized Judi Terzotis, the president and publisher of The Times-Picayune | Advocate in New Orleans and Baton Rouge.

“I have a saying: two feet in or two feet out,” she said. In other words, go all-in on Times-Picayune culture or find another job. “It really does start with people: Are they ready to grow and be in a problem-solving organization?”

In the session “Clear paths to profitability in an unclear media environment,” her fellow panelist, Leonard Woolsey, president of Southern Newspapers and publisher of The Daily News in Galveston, Texas, was not quite as blunt but just as telling about leadership priorities.

It does, he agreed, start with people. “If we’re going to be leaders and successful, we have to get our house in order. Because if  you can’t convince your people about the value of your newspaper, you’ll never be successful with advertisers.”

But Woolsey also addressed how to get newspapers’ profitability house in order, and it starts with a lot of little things.

Consider, for instance, legal notices. Chances are the price a typical newspaper charges for writing and delivering the necessary affidavits hasn’t changed in years. “You don’t have control over how many legal notices will come in, but you do over (affidavits),” Woolsey said. “Take that one little line item that you do control … and go from $5 to $10 to $20.”

In Woolsey’s experience, the law firms paying the affidavits have never complained about  the price increase.

Similarly, the charge for obituaries and death notices hasn’t changed in years at most newspapers.  “The reality is you’re providing a valuable service for your community, and if you haven’t touched your rate in years — you are leaving money on the table.”

And for those newspapers worried that they may have ratcheted up their subscription prices too high and rapidly, Woolsey advices them to get over it.

“We need to move our circulation rates aggressively,” he said, noting that at some of Southern’s papers he has increased rates as much as 25%, and got no significant pushback from subscribers. They will pay “if you will have that adult conversation with them” on the need for readers to help sustain the newspaper.

Woolsey is also a big fan of targeted metrics. For instance, the chain sets a target of 75% for its collections. “It doesn’t do to have any of my billings being out there 90 to 120 days (delinquent), because then I can’t pay my bills,” he said.

The company also has a target for operating profit. “Why is operating profit more important than EBITDA (earnings before interest, taxes, depreciation and amortization)? Because I can’t write an EBITDA check. Operating profit is cash I can spend or invest,” Woolsey said.

The Times-Picayune’s Terzotis also recommends financial metrics — and shares them with employees. "I hold meetings and say: ask me anything,” she said.