Innovation for all sizes 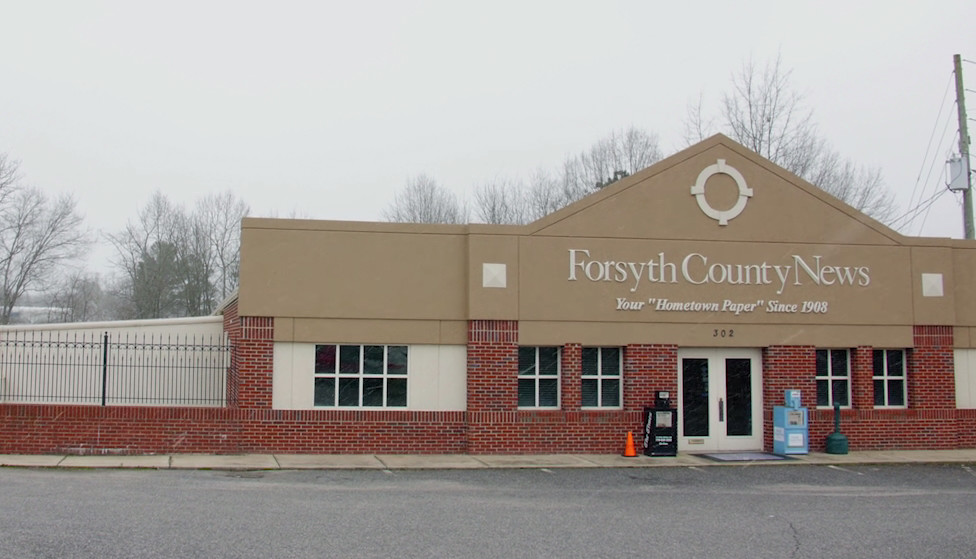 READ ABOUT COMMENTS made by Michael Maness, contest judge

Forsyth County News Publisher Vince Johnson says that when he came to the paper a couple of years ago, it had a rule about social media. Only one article was posted to Facebook each day, at 6 a.m.

In his entry form for the Mega-Innovation competition, Johnson noted that rule officially died on Jan. 20, 2014. Since then, the paper has increased its social media following by more than 1,000 percent.

That's just one example of how the Forsyth County News, described by Johnson as "wildly traditional" not so long ago, has changed.

"I feel like in this competition we certainly represent the small- and medium-sized newspapers and how you can innovate in an area and a place where you don't have tons of resources, and you're not a huge corporation or anything like that," he said.

"There are about 15 of us that run around here and try to do as much cool stuff as we can do and figure out a way to make money off of it."

About half the staff turned over in the first year, with some layoffs and new job descriptions, Johnson said, but these days morale is higher than it's ever been. The FCN emphasizes cross-training of staff and teamwork between the editorial and advertising sides.

"We needed to change the momentum quickly, and we did. We have," Johnson said.

Among the changes are:

* The Best of Forsyth contest, which drew 70,000 votes in its first year and 140,000 in the second, and offers aggressive print and digital sales packages for advertisers. The FCN uses Second Street's platform for contests and sweepstakes, and Best of Forsyth won "Best Metro Ballot" in the 2016 Second Street Awards.

* Own the Day, exclusive advertising space offered daily at a premium rate. It includes a full-page print ad as well as prime space on the website and top space on the paper's Top Stories email.

* The Grind, a player-of-the-week platform for print, digital video and social media that is aimed at engaging high school students.

* A modified new subscriber and retention program that includes substantial rate increases, that Johnson said have been accepted with little protest.

What Johnson calls the FCN's audience has doubled and tripled in the last two years. "We push our stories out a lot more. While in the past they might have sat statically on our website, now we're sending out multiple emails daily to different groups, and we're putting it on Facebook, and tagging different groups to Twitter. It's just a more proactive way to push content, which is the way the world works today."

News media companies must find the best ways to communicate and be sustainable financially, Johnson said.

"I think the message we can send is that anybody can innovate. Anybody can do great things, and find products and people that connect with other people and that build a great business. And it doesn't necessarily have to look like a newspaper looked a century ago or a decade ago.

"More people care about information and more people are consuming information in today's world than ever before. And it's just up to us to be a part of that growth."

Click here to view a video from the Forsyth County News

Jane Nicholes, a regular contributor to the Southern Newspaper Publishers Association's eBulletin, is a freelance writer and editor based in coastal Alabama. She is an award-winning veteran of more than 30 years in the newspaper business. Reach her at jbnicholes@att.net. Suggestions for future stories and comments on this piece are welcomed.