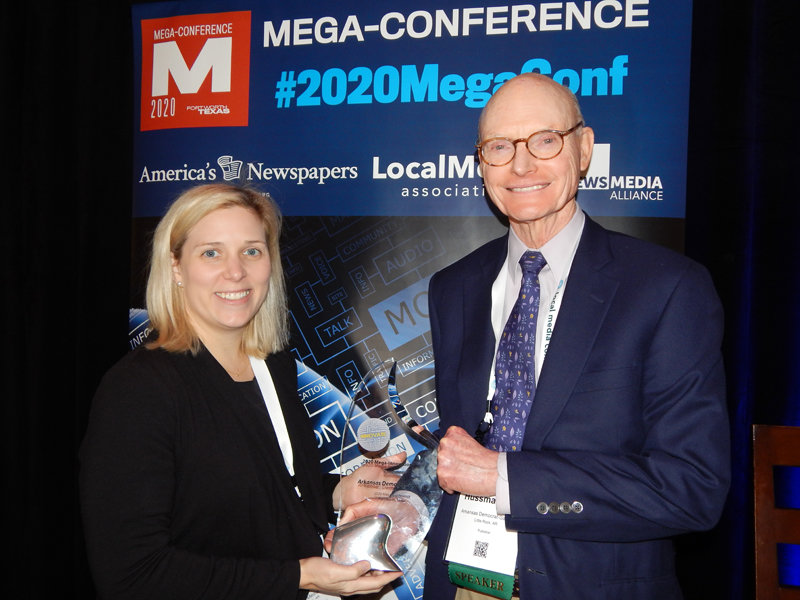 The winner of the 2020 Mega-Innovation Award was the Arkansas Democrat-Gazette for its iPad strategy. Pictured with the award is Eliza Gaines, VP of audience development at WEHCO Media Inc. (left), and publisher Walter E. Hussman Jr. (Photo by Nu Yang/Editor & Publisher magazine) 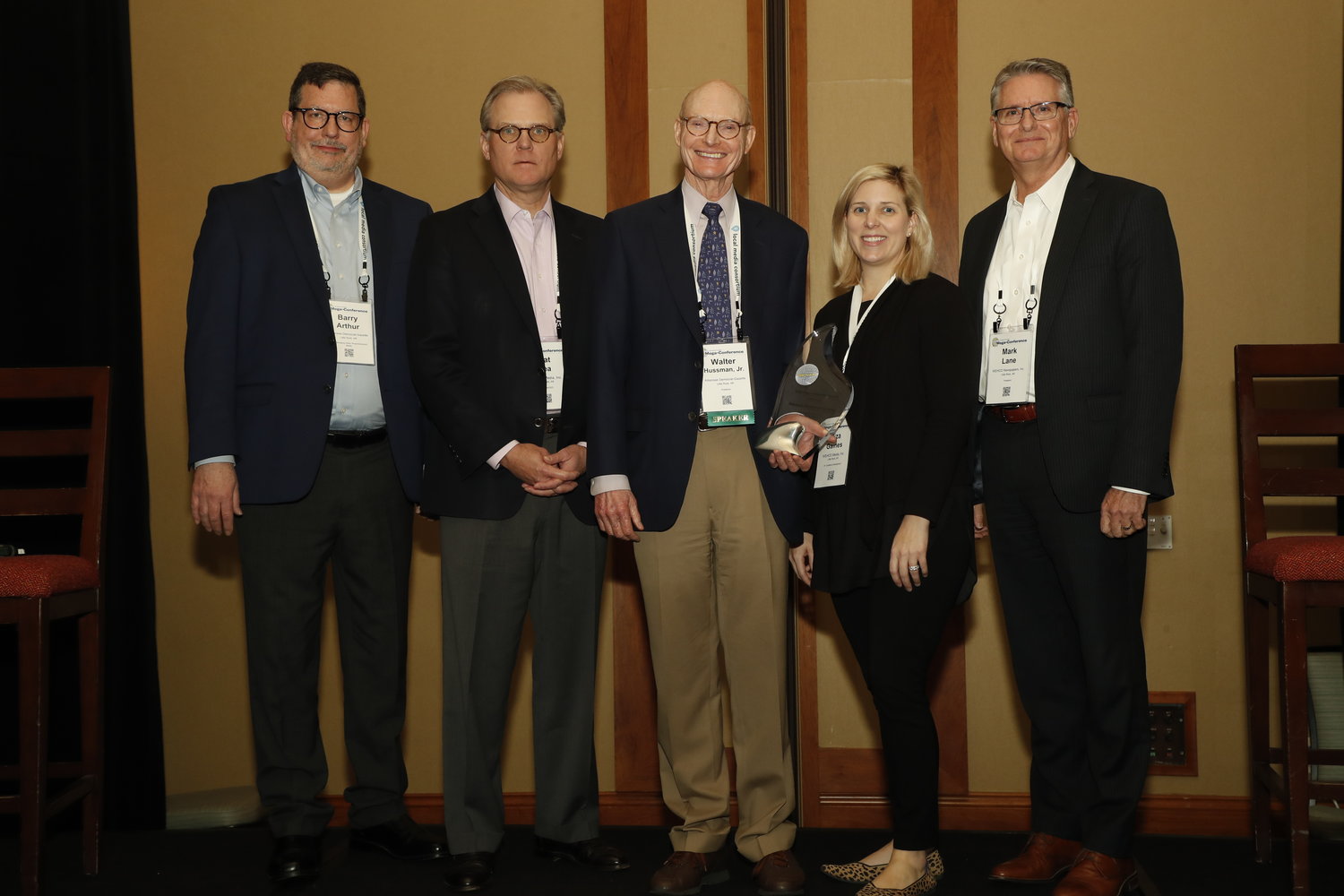 View a video of the Mega-Innovation Awards ceremony

The Arkansas Democrat-Gazette was honored with the 2020 Mega-Innovation Award at the Mega-Conference for what has become known as the iPad strategy.

"When people comment on how innovative our digital replica iPad program is, I think about the tale my father once told me about the rabbit who climbed the tree," said Walter E. Hussman Jr., publisher. "When someone said rabbits don’t climb trees, the response was: this one had to do it to survive.”

Finalists for the Mega-Innovation Award were The Salt Lake Tribune and The Sumter Item.

Faced in 2018 with his newspaper’s first unprofitable year in two decades, Hussman knew he had to do something bold if he was going to keep alive the 200-year-old legacy of Arkansas’ statewide newspaper, Managing Editor David Bailey wrote in his paper's Mega-Innovation Award nomination.

He wrote: "This gamble to return to profitability and save a journalism institution started in early 2018 in Blytheville, a town of 15,000 in far northeastern Arkansas where the newspaper had just 200 subscribers.

"Hussman, accompanied by a team of marketing and circulation people, spoke to groups of subscribers explaining that his company could no longer profitably deliver the newspaper to their community. In place of the home-delivered print newspaper, he offered free iPads on which they could read digital replicas of the paper — provided they continued to subscribe at the full monthly rate of $34.

"When a majority of Blytheville subscribers accepted his offer, Hussman expanded the program one region of the state at a time, starting in the outer reaches and working inward toward the paper’s home base in Little Rock.

"Eventually, he settled on a model that includes digital replica delivery via the iPad daily, with Sunday home-delivered print newspapers."

He said the paper has converted just shy of 40,000 individuals to digital subscribers and delivered just over 28,000 iPads.  This doesn't include those subscribers who are website only.

He said the paper has completely dropped Monday through Saturday print delivery in 63 of the 75 counties in Arkansas.  A Sunday print edition is still home delivered.

When people hear they are coming to their town to talk about converting to digital, Hussman said the typical reaction is: "I don't want to do it.  I want to keep my print paper.  I really don't like this idea."

But, within three weeks of reading the digital replica edition on their iPads, their opinion changes to: "I can't believe it.  I like it better."

That approach, along with a free iPad, has led 79 percent of home delivery subscribers to make the switch.

Hussman outlined a dozen reasons digital subscribers like the iPad version better than the print version: